How to Become a Professional Home Builder Over the years I’ve had many of our builder students ask pertinent questions such as what size home do I build; what do I put in it; where do I build it? Looking back it’s easy for me to make these decisions now, but when I first started building in 1975 these were trial and error situations. And my hindsight is crystal clear. It’s very easy for me to look back and see things I wished I had known when I first started building. That’s what you’re going to learn in this article.

You’ll learn the pros and cons of being a speculative or spec builder (as opposed to a contract builder.) If you’re not familiar with those terms, a spec builder is one who will select a site, choose a design, build a home and then sell it to a client. A contract builder is a builder that you hire to build a home for you. By the way, spec building is how I suggest you begin rather than building a home for somebody else. I’ll explain why later.

A Word Of Caution

I want to stress that when starting your construction business, you must separate your business from your personal life. In the early 70’s I was in real estate commercial sales. I barely survived a major recession. Almost everything I owned was in my name and most of it was repossessed. Had I known then what I know now, I’d have retained that large home, that Mercedes and that airplane.

In the construction industry there are many things that can happen to you, some of which you have absolutely no control over. According to the 2008 Annual Report by the National Center for State Courts, in 2007 Americans filed over 90 million lawsuits, more than a third of which were civil cases. This does not include the volumes of legal disputes that were settled before a lawsuit was ever filed. Based on the sheer number of legal disputes that arise, in and out of court, one could say that most Americans run the risk of being involved in a legal dispute at some point in their lives – for many people, more than once. This is especially true for those who work in professions with high lawsuit vulnerability such as doctors, dentists and, yes, especially builders! You should invest in hiring professionals to help you protect your assets. It’s easier than you may realize. This is one time you can’t procrastinate. I can tell you some great horror stories but I don’t want to scare you this early in the game. Anyway, don’t live in fear of what might happen. You only lose if you don’t play.

A. How To Be One Of The Best Spec Builders In Your Area

Before you buy a lot, before you buy any house plans, the first thing I want you to do is put together your success team. I call this the Henry Ford philosophy. If you read about Henry Ford, you’d learn that some people considered him to be illiterate. He once sued a Chicago newspaper that wrote an article claiming he was illiterate. In the lawsuit, Henry Ford emphasized that he didn’t need to know everything about everything because he hired experts to assist him in all that he wanted to do. This left his mind free and clear to do all the things that he really knew how to do. Well, I’ve learned from that philosophy myself over the years. I realize there is not enough time in this life to do everything. I now hire experts to assist me in my decision-making, and it has been a positive factor in my success building homes.

Your success team should include the following:

I’ll discuss each of these team members in detail as we go through the course. Don’t be concerned. When you start out, you don’t need the best. These team members are more affordable than you could possibly imagine.

B. Obtaining Your First Loan

Let me tell you a story. And the further you get away from this story, the harder it’s going to be to borrow money to get started.

Let’s assume that you’re gainfully employed. If you’re not employed, but instead are self-employed, then you have to have a high credit score or produce tax returns for the past three years to qualify for the loan. If you currently rent a home or apartment and you want to build a home for yourself, you’re a prime candidate to borrow money to build a home – for yourself. So, you get the money. You build a home. You put it on the market during construction. You sell it. You go to the bank. You borrow money under the same premise. You get the money. You build a home. Put it up for sale. Sell it. Do it over and over again and pretty soon you walk into the bank and the banker looks at you and says, gosh, you should become a home builder. And you are.

Now, that’s the easiest way to get started. Most every builder I know got started in the industry this way. This method will also provide you with the least risk. Why? Because if you don’t sell the home you’ll simply move into it. In turn, this will make it easier for you to sell because a home that is furnished will normally sell faster than an unfurnished home. You’ll eventually sell it and can start the process again. The bad news is that you may be moving a lot. I remember one couple that wanted to own a home free and clear. They used this method on five homes, plowing their profit back into each home. Their sixth home was constructed completely from cash. They owned it free and clear and got out of the construction business. They simply wanted to do what it took to own their home free and clear.

The further you get away from the above scenario, the harder it is to get the initial loan when you’re just getting started.

For example, let’s say that you currently own a home and you want to borrow money to build another home for yourself. A banker will generally be negative. They tend to look at the downside and might comment something like this. “That sounds real good but you currently own a home. What are you going to do with your current home?” Your response is, “I’ll put it up for sale during the construction of this new home and then I’ll sell it.” The banker comments, “That sounds pretty good, but what if you don’t sell your current home?” The banker generally looks at the downside – that is you’re going to be stuck with two house payments. If you’re able to show you can afford two house payments, you may very well get the money.

You always have to have a successful conclusion to your story you tell the banker. Never look at the banker and say, “Well gosh; I’m only borrowing 70% of the appraised value. If the bank had to repossess the home the bank would have a bargain. The bank could sell the home, and make a good return on its investment.” Never use this kind of logic on a banker. Bankers don’t want to be in the homeowner business. Never imply or even think in your mind this will happen.

If you’re not gainfully employed or you have a problem with your credit or you have no cash, your next best method is to find an investor that will joint venture a project with you. I’ve done this on many large projects when I didn’t have the finances to afford it myself. What I normally did was to structure the investment so that the joint venture partner would put up very little or no money. Investors really like that! What I needed was their strong financial statement. Understand, there are many investors, such as medical doctors, who have tremendous financial statements but they have very little cash. So if you can structure the investment so that it requires very little or no cash, it becomes a relatively easy investment to sell. When I’ve worked with a joint venture partner, after selling the investment, the investor would be repaid any cash he had invested, plus a fair interest rate that was agreed upon up front. All remaining profits would be split 50% to me and 50% to the investor. Normally in a situation like this, the investor would let me deduct any out-of-pocket expenses but, understandably, they would not let me take any salary.

You would not believe some of the wild, crazy, ridiculous investments requiring large amounts of cash I’ve seen these people put money into. Many of them have the same luck in the stock market that I have. These people should feel blessed that you came into their lives with a viable real estate investment. I’ve found these people by talking to friends, going to investment seminars and running ads in the paper.

Tom Harrison is the Founder of The National Institute of Home Building in Atlanta, Georgia. http://www.nihb.com Tom is a native of Atlanta and a graduate of Georgia Tech. Tom has taught over 8,000 people how to build their own home without doing the physical work and about 30% of those students went on to become professional home builders. 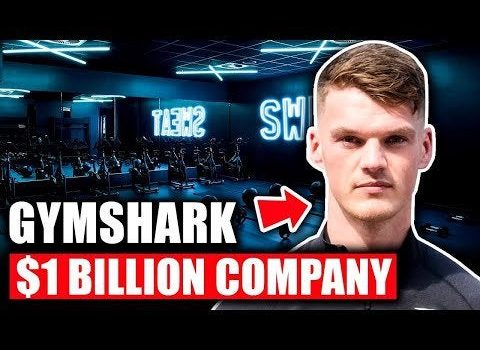 How Ben Francis Built ‘Gymshark’ To A $1 Billion Company