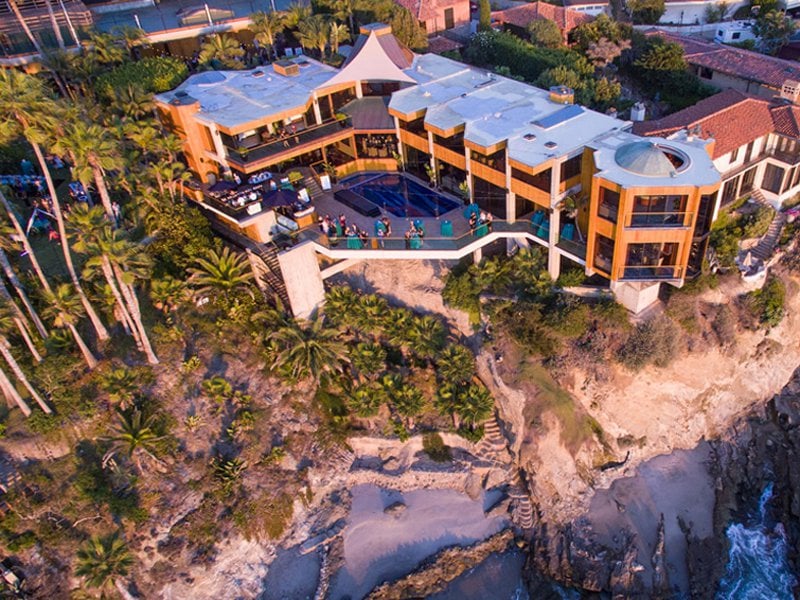 Many times, you'll see people selling their large mansions after the kids move out..maybe from a large sprawling estate to a similarly-priced 3 bed home right on the beach or something for retirement.

Basically, this guy sold a multi million dollar mansion on the coast (about 10k sq ft..all kinds of crazy bells & whistles) in the late '90s. Part of the article mentioned “we don't need this much room anymore. the kids moved out, we'd rather put the extra $10mil in the stock market” ..fast forward 1 year, he ended up buying a nearly-completed spec mansion totalling around 18,000 square feet..9bed/9bath. It looks like an actual Gothic-style castle.

What would be the reasoning behind this? Was his quote in the article a “lie” to avoid bad PR or whatever, or could this giant castle have been an impulse decision? FYI – he is almost 90 years old and has barely been able to walk for the past 10 years. Yet they still live in the castle! What would draw him to this, and keep him there? Feel like he'd need multiple elevators to even consider seeing half the house, based on his current condition.