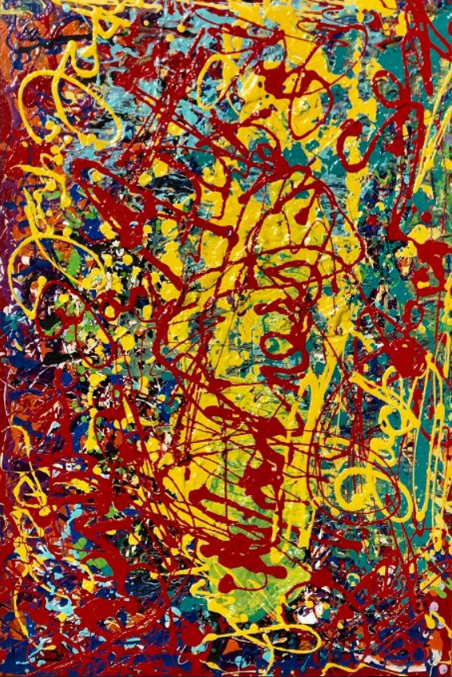 American artist Jack Armstrong personally knew and collaborated with iconic Pop Artist Andy Warhol and Jean-Michel Basquiat. Jack once told me that one of the proudest moments in his life was being dubbed “the Last Wizard of Art” by Warhol himself. His artwork and paintings are amazing and prices keep skyrocketing. Plus, Armstrong holds the world record for the most expensive motorcycle (Harley Davidson), cowboy boots and bicycle.

Jack Armstrong’s “Cosmic #1” is another of his important paintings. This exceptional, acrylic on canvas painting measures 24″W x 36″H.

Jack was quoted, “Van Gogh was the first modern cosmic artist and in a brief 10 year period (from the age of 27 years to his death at age 37,) he not only taught himself to paint, but created a new style of painting using color & texture that was so far advanced from his peers. Critics and other established artists did not understanding his genius. They reviled him and his work, and also dismissed his friend Georges Seurat, the mystic who founded pointillism. Both artists remained complete failures in the art world of their day, yet now command record prices for their work and are celebrated in museums worldwide.”

Jack concludes, “Cosmic #1 is my salute to Vincent & his unique ‘Starry Night’ (Vision) that continues to captivate the world with it’s magic.”

In an interview last year with Mr. Armstrong, I asked – Do you believe record breaking private art sales are the future & will win out over top prices achieved at auction?
He replied:
“Ken Griffen the Citadel hedge fund guru paid $500M Dollars recently for 2 paintings in a private sale. Also the Qatar Royal Family purchased a Gauguin at $300M with a Cezanne at $250M dollars.

These reported deals will be the tip of the iceberg in the future. Many private deals will never appear in the press, benefiting the buyer & seller when privacy & asset security are worth the premium, that modern art masterpieces command.” 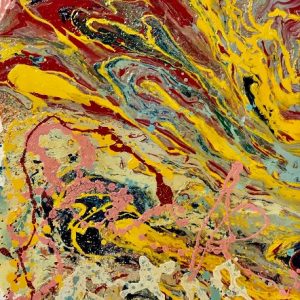 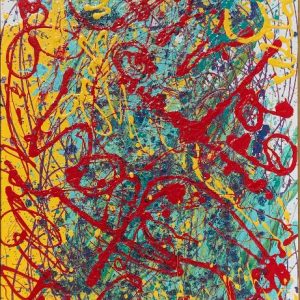