Details: This fine watercolor on vellum with gold fillers, attributed to Nicholas Robert, measures 24.5″ x 20.5″ framed, and is in excellent condition with vivid coloring and perfect rendering of these birds among rich green foliage. Nicolas Robert (1614-1685) was one of the greatest natural history artists of the 17th century, and his work established standards combining scientific accuracy and esthetic appeal that influenced generations of artists and won the respect and patronage of the French royal family. Robert created a vast, exquisite body of work for the French Crown. Along with other artists, Robert was commissioned by Gaston d’Orleans, brother of Louis XIII, to create watercolors of the rare plants and exotic birds he had assembled in his garden at Blois and the Ménagerie at Versailles. Robert’s talent was recognized quickly as being superior to that of other artists working for the royal family, and after Gaston d’Orleans’s death, he was quickly placed under the patronage of the Sun King, Louis XIV. As a reward for the stunning works he painted for the king’s personal collection, Robert was named “Peintre Ordinaire du Roi” in 1666, a title that confirmed his continuing fame and patronage. Robert was the first significant contributor to a collection of fine watercolors on vellum that became known, collectively, as the Velins du Roi (the King’s Vellums). The watercolors Robert completed under Gaston d’Orleans and then Louis XIV for the royal collection fed the interest and provided the inspiration for the great masters of botanical and ornithological art who followed: Jean Joubert, Nicholas Marechal, Gerard van Spaendonck and, of course, Pierre-Joseph Redouté. Thus the extremely fine print work of Parisian natural historians and flower painters as late as 1825 can be traced directly backto the strength of Robert’s tradition. The vast majority of Robert’s watercolors are housed in public institutions, including the Musee d’Histoire Naturelle in Paris, the British Mu 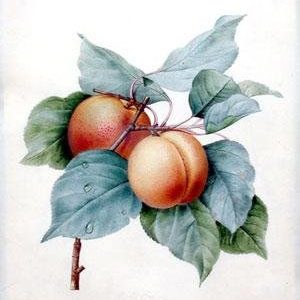 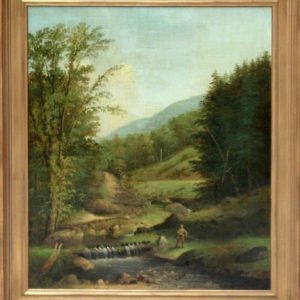