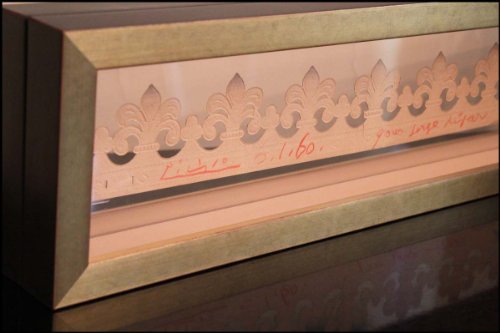 One of the most celebrated male dancers of the 20th century along with Nijinsky and Nureyev, Serge Lifar was an important choreographer and dancer in Diaghilev’s Ballets Russes. He later became director of the Paris Opera Ballet (1929) and there created over 50 ballets, including the path-breaking “Icare” (1935), which was written to be danced without music.

“Picasso’s last two theatrical décors were both designed at the request of his old friend and ‘godson’ Serge Lifar for productions at the Paris Opéra. During a meeting between them at Cannes in September 1960 [shortly after the date on our crown], Picasso drew Lifar’s portrait and made a small drawing in coloured chalks representing Icarus, the hero of one of Lifar’s own ballets, flying upwards towards the sun.” (Douglas Cooper, “Picasso Theatre,” p. 71)

In France, it is customary to eat “galette des Rois” to mark the Christian day of the Epiphany, January 6th. The “king cake” generally has a trinket (usually a porcelain figurine) or a bean hidden inside. The person who gets the piece of cake with the trinket becomes “king” for a day.

King Ferdinand V And Queen Isabella I Of Castile Combination! 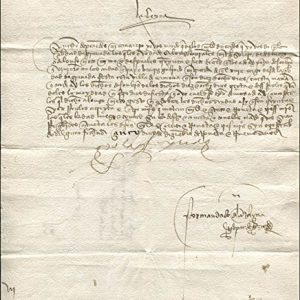 King Ferdinand V And Queen Isabella I Of Castile Combination! $17,500.00