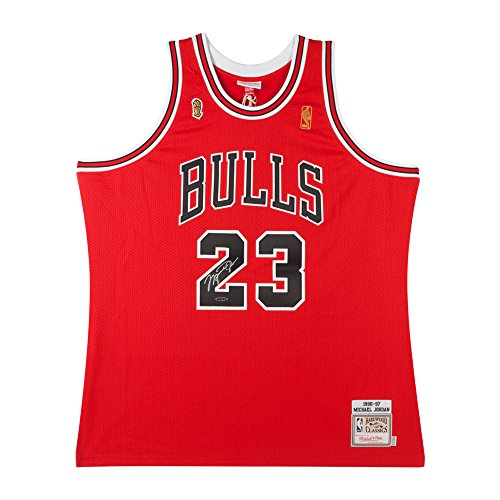 Details: While the Chicago Bulls won their fifth NBA Finals championship with a victory on their home court in Game 6 of the series, it was the incredible effort of one Michael Jordan on the road in Game 5 that continues to be one of the greatest stories in the history of sport. With the series tied 2-2 after the Utah Jazz posted two impressive home wins, Game 5 in the Delta Center in Salt Lake City promised to be the turning point in the series for whichever team came out ahead. The night before the game, Jordan was diagnosed with either food poisoning or a stomach virus and was told not to play in the game. He suited up anyway and played despite being noticeably ill throughout. Jordan made a late 3-pointer to fuel an amazing comeback and individual performance, scoring 38 points before collapsing into Scottie Pippen’s arms in the closing seconds of a 90-88 win that came to be known as “The Flu Game.” Two days later the Bulls would go on to win their fifth title. This jersey commemorates the amazing road victory for the Bulls in that Game 5. Jordan has autographed this 1996-97 Bulls red away Mitchell & Ness jersey with a Finals trophy patch in silver paint pen. His signature is deemed authentic by virtue of Upper Deck Authenticated’s Five-Step Process. 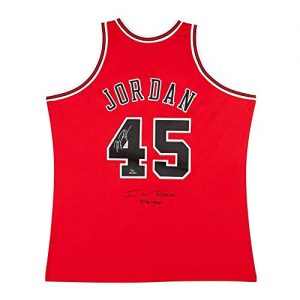 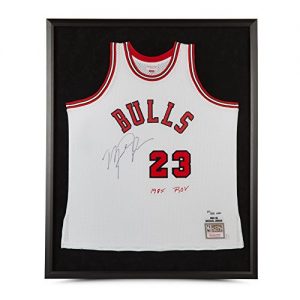