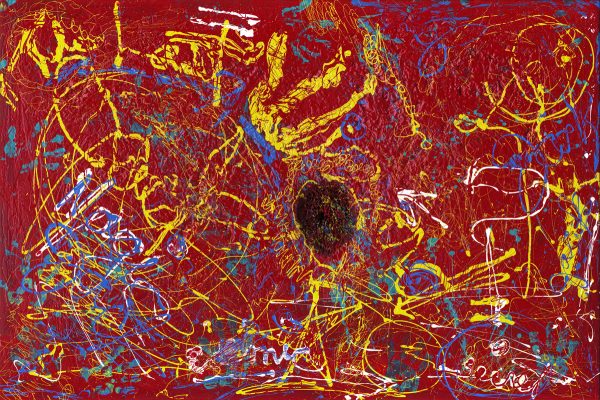 Cosmic Extensionalism or Cosmic “X“ is a relatively new style of Art. Cosmic X was originally founded in 1999 by modern artist – Jack Armstrong. He was inspired by an ethereal experience with the famous gemstone, better known as the Black Star Sapphire of Queensland.

Acclaimed, American artist Jack Armstrong personally knew and collaborated with iconic Pop artist Andy Warhol and Neo-Expressionist painter Jean-Michel Basquiat. Jack has stated that one of the proudest moments in his life was being dubbed “The Last Wizard of Art” by Warhol himself. Jack Armstrong’s artwork and paintings are amazing, plus prices keep skyrocketing. In addition, he also holds the world record for the most expensive motorcycle, cowboy boots and bicycle.

Each acrylic on canvas painting is multi-layered. Plus, they also include Jack’s personal touch. Armstrong’s actual hair, fingerprints and DNA are presented in all of his amazing paintings. There just 100 paintings in existence today. Hence, owning one is an extremely rare opportunity for any serious art collector or investor!

Jack Armstrong’s “The Last Wizard” is stunning piece of modern art. It’s got a very special meaning to Jack Armstrong, plus is the largest and most complex painting in his at collection. This stunning art piece is a tribute to Andy Warhol.

When asked to describe this phenomenal painting, Mr. Armstrong replied, “This is my largest painting measuring 6 X 4 feet. It’s title is the ‘name’ Warhol gave me in 1985, saying after he was gone, I would become “The Last Wizard of Art“, as my work seemed to him more alchemy than art. I believe this feeling of creating alchemy helped me to discover a synergy with the stars that became Cosmic ‘X’ in my work.”

Jack continues, “This is a bold painting with no holds barred from embracing the universal magic that I follow & believe in. It is the most complex painting in my canon of work & creates an unforgettable sensation in all who have viewed it. It is museum quality & in pristine condition.”

A movie about the fascinating life of Jack Armstrong is currently in development. It’s titled “The Last Wizard” and stars both Damian Chapa as Jack Armstrong and Eric Roberts as Andy Warhol.

American artist Andy Warhol, was a leading artist in the visual art movement labeled as pop art. Andy was also a film director, writer and producer. Sadly, Warhol died in New York City on February 22, 1987. He was only 58 years old, at the time of his death. He landed a job with Glamour magazine in September, and went on to become one of the most successful commercial artists of the 1950s.

After receiving his Bachelor of Fine Arts degree, Andy Warhol’s career took off.  He once said, “Everyone will be famous for 15 minutes.” Well, he quickly became famous and is as popular today, as we ever was. Warhol painted common items such as hamburgers, Coca-cola bottles, vacuum cleaners and of course Campbell soup cans. Andy is also remembered for his colorful celebrity portraits. His most famous pieces include Marilyn Monroe, Mick Jagger, Elizabeth Taylor and even Chairman Mao Tse-tung. 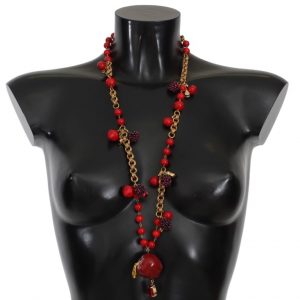 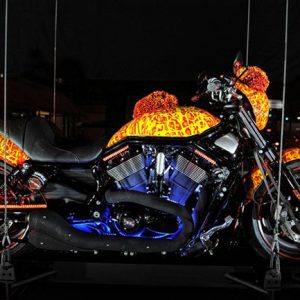