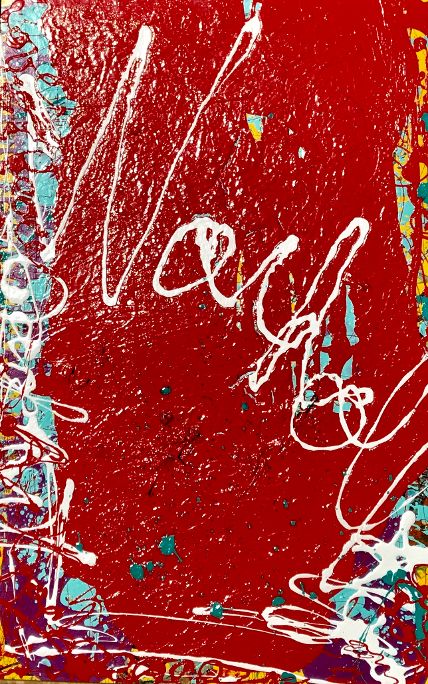 Cosmic X was originally founded in 1999 by modern artist – Jack Armstrong. Cosmic Extensionalism or Cosmic “X“ is a relatively new style of art. Jack was initially inspired by an ethereal experience – the famous gemstone widely known as the Black Star Sapphire of Queensland.

Famous American artist Jack Armstrong both personally knew and collaborated with iconic Pop artist Andy Warhol and Neo-Expressionist painter Jean-Michel Basquiat. Jack personally told me one of the proudest moments in his life was being dubbed “The Last Wizard of Art” by Warhol himself. Jack Armstrong’s artwork and paintings are awe inspiring. Plus, his art prices keep accelerating. In addition, Jack holds the world record for the most expensive motorcycle, cowboy boots and bicycle.

Each acrylic on canvas painting is multi-layered and includes Jack’s own personal touch. You can find Armstrong’s actual hair, fingerprints or DNA presented in all of his exceptional paintings. The fact is only 100 original paintings are in existence today. Therefore owning one of them is an extremely rare opportunity for any serious art collector or investor!

The “Warhol Naked” painting was created as a touching, tribute to his friend Andy Warhol. In addition, it’s likely Armstrong’s most personal painting, due to his artistic relationship with Andy Warhol. The intense red color portrays a dazzling image of creativity. Brilliant and bold, this acrylic on canvas painting measures 24″W x 36″H.

When asked “How can one best describe the relationship with a legend in modern art?” Armstrong replies, “For me it was his kindness & interest in helping me promote my early work. For a 22 year old young man from Omaha, Nebraska to be accepted by the reigning Pop Star of the entire NY Art Scene was a cosmic-experience In & Of itself.”

Warhol Naked symbolizes the shiny facade of the Man with the white wig, that every celebrity of his time desired to meet including the Pope. Warhol Naked is my seminal work & will forever be identified with myself & Andy & just perhaps as ‘Starry Night’ is associated with Van Gogh.”

A movie about the acclaimed life of Jack Armstrong is currently in development. It is named “The Last Wizard” with leading actors Damian Chapa as Jack Armstrong and Eric Roberts as Andy Warhol.

American artist Andy Warhol is known as a leading artist in the visual art movement labeled as “Pop Art.” In addition, Andy was a film director, producer and writer. The art world mourned when Warhol died in New York City on February 22, 1987. Sadly, he was just 58 years old at the time of his death. During Andy Warhol’s stellar career, he became one of the most successful commercial artists of all time. 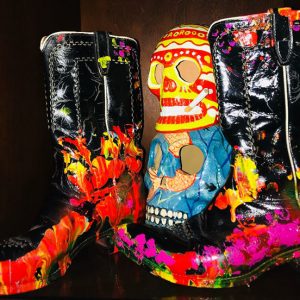