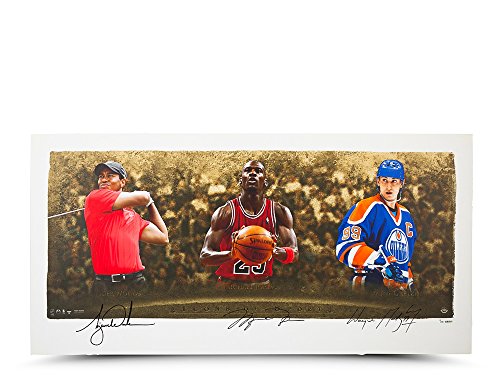 Details: In celebration of three of the greatest athletes of all time, Upper Deck Authenticated proudly presents the Icons of Sport piece, featuring the autographs of Wayne Gretzky, Michael Jordan and Tiger Woods. Each exclusive Upper Deck athlete’s signature was witnessed by an Upper Deck Authenticated representative. This unframed and limited-edition print features the imagery and autographs of arguably the best to have ever played the game. This unprecedented piece of sports memorabilia shows Tiger Woods in his iconic red polo during his swing. The middle signature and image is of Michael Jordan wearing a red Chicago Bulls jersey preparing for a shot. The image of Gretzky shows him in his Oilers sweater with the Captain “C” patch as he looks down ice. All three exclusive athletes to Upper Deck personally autographed the archival paper in black paint pen. Their signatures are deemed authentic by virtue of Upper Deck Authenticated’s Five-Step Process. . 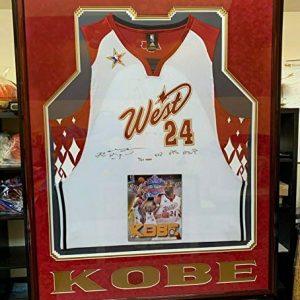 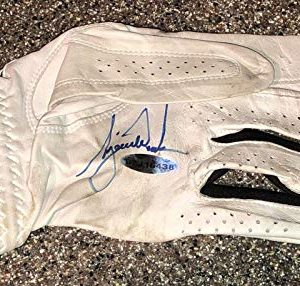