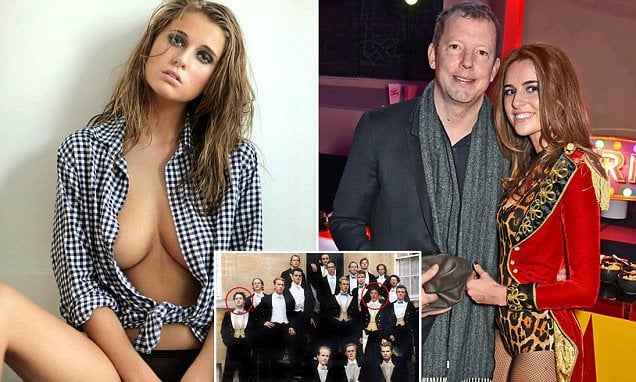 No discussion of Upper Class Billionaires would be complete without the Rothschilds.

A family dynasty synonymous with wealth.

But what is the true extent of this wealth?

Just how powerful is this relatively secretive family?

With various theories circulating on the Internet, can we reach a rational consensus?

Mayer Amschel is often cited as the founder of the Rothschild banking dynasty.

In 1770, he married Guttle Schnapper. This boosted Mayer's wealth, as he received a generous dowry of 2,400 gulden from her father (who worked as a court agent).

Mayer wouldn't forget this and, in his will, outlined strict, controversial provisions regarding Rothschild marriages.

Mayer was concerned that the family's fortune would be diluted as it grew through marriages. As such, his will “barred female descendants from any direct inheritance” and, in effect, provided incentives for intermarriages. Four of his granddaughters married grandsons (first cousins), while one married her uncle.

Now, is this really a tale of Started from the Bottom?

Or, much like Drake, is there a rich Uncle involved?

To answer that, we need to ask: who came before Mayer Amschel?

Well, his father, Amschel Moses had a business in goods-trading and currency exchange.

He was a personal supplier of collectable coins to the Prince of Hesse.

We'll come back to that shortly…

The family did previously use the name “Bauer” – in fact the name Rothschild didn't really stick until Mayer Amschel's generation came along.

Benjamin Franklin once observed that in life only death and taxes are inevitable; they are also virtually the only things about which records survive for the earliest Rothschilds.

The most we can say about the early Rothschilds is that they were relatively successful small businessmen dealing in, among other things, cloth.

Five years before his death in 1585, Isak zum roten Schild had a taxable income of 2,700 gulden.

A century later his great-grandson Kalman, a moneychanger who also dealt in wool and silk, had a taxable income more than twice as large.

It seems that his son (Mayer Amschel's grandfather Moses) successfully developed his father's business, continuing the process of steady social ascent by marrying, successively, the daughters of a tax collector and of a doctor.

With the help of relatives, Mayer Amschel secured an apprenticeship under Jacob Wolf Oppenheimer, at the banking firm of Simon Wolf Oppenheimer in Hanover, in 1757, where he acquired useful knowledge in foreign trade and currency exchange, before returning to his brothers' business in Frankfurt in 1763.

He became a dealer in rare coins and, just as his father had done previously, won the patronage of the Prince of Hesse.

His coin business grew to include a number of princely patrons, and then expanded through the provision of financial services to the Prince of Hesse.

In 1769, Mayer Amschel gained the title of “Court Agent”, managing the finances of the immensely wealthy Prince of Hesse who in 1785 became William IX, Landgrave of Hesse-Kassel, and inherited one of the largest fortunes in Europe at the time.

At the turn of the nineteenth century, Mayer sent his sons to establish banks in Frankfurt, Naples, Vienna, France, and London.

The release of the “Five Arrows” symbolises strength through unity, and marks the beginning of the Rothschild's global banking dynasty.

Napoleon was on the march through Europe, and William gave his fortune to Mayer Amschel to protect it from being seized by Napoleon.

Mayer was able to hide the money by sending it to his son Nathan in London.

The London Rothschild office had to spend it somewhere, and loaned it to the British Crown, in order to finance the British armies fighting Napoleon in Spain and Portugal in the Peninsular War.

These savvy investments of William's money paid off handsomely, netting sufficient interest that their own wealth eventually exceeded that of their original nest-egg client (the nest-egg client who had inherited the largest fortune in Europe remember).

This marked the birth of the Rothschild banking dynasty.

“For most of the nineteenth century, N M Rothschild was part of the biggest bank in the world which dominated the international bond market. For a contemporary equivalent, one has to imagine a merger between Merrill Lynch, Morgan Stanley, J P Morgan and probably Goldman Sachs too — as well, perhaps, as the International Monetary Fund, given the nineteen-century Rothschild's role in stabilizing the finances of numerous governments.”

Nathan pioneered the ingenious strategy of lending to governments during wartime.

This tactic, used when Nathan funded Wellington's army in 1814, is the primary cause of the explosion in the family's wealth during what proved to be 150 years of nearly chronic warfare.

Of course, the Rothschilds played no role in instigating said conflicts…

Continual war in Europe created excellent opportunities to profit from smuggling scarce consumer goods past military blockades. Since the Rothschilds often financed both sides in a conflict and were known to have great political influence, the mere sight of the red shield on a leather pouch, a carriage, or a ship's flag was sufficient to insure that the messenger or his cargo could pass through check points in either direction. This immunity allowed them to deal in a thriving black market for cotton goods, yarn, tobacco, coffee, sugar, and indigo; and they moved freely through the borders of Germany, Scandinavia, Holland, Spain, England, and France.

This government protection was one of those indirect benefits that generated commercial profits – of course they were also getting interest on the underlying government loans.

Even the friendliest of biographers admit that, for more than two centuries, the House of Rothschild profited handsomely from wars and economic collapses, the very occasions on which others sustained the greatest losses.

One of the family’s grande dames said you should only appear in the newspapers on three occasions: hatch (aka birth), match (aka marriage) and dispatch (aka death).

Therefore, this makes the odd flamboyant Rothschild stand out even more.

According to Forbes, Nat's net worth was $1 billion in 2012, but he lost his official billionaire status the next year.

However, according to an article in the Observer in 2000, Nat's actual inheritance is hidden in a series of trusts in Switzerland and rumoured to be worth £40BN (i.e. $60 billion.)

Alan Dershoiwtz, who once defended Jeffrey Epstein in court, writes:

Evelyn de Rothschild and his wife Lynn were introduced by none other than Henry Kissinger at the 1998 Bilderberg Group conference in Scotland. They married two years later, and were invited to spend their honeymoon at the White House by the Clintons.

I have an idea!

Nice. 69 results. Let's check out the intercourse between Hilary and Lynn.

In that email chain, we have the following message from Hilary to Lynne.

I was trying to reach you to tell you and Teddy that I asked Tony Blair to go to Israel as part of our full court press on keeping the Middle East negotiations going. He told me that he had a commitment in Aspen with you two and the conference, but after we talked, he decided to go and asked me to tell you. He is very sorry, obviously, but I'm grateful that he accepted my request. I hope you all understand and give him a raincheck…Let me know what penance I owe you. And please explain to Teddy. As ever, H”

We come to the kicker: what is true extent of the Rothschild's wealth?

Of course, it is impossible to pin down an exact number because of the level of diversification of their wealth and the secrecy with which the offshore infrastructure operates.

After all, we know what happens to those that try to expose this shady world.

Worryingly, Panama is only one of more than 90 financial secrecy jurisdictions around the world today, compared with just a dozen or so in the early 1970s.

Together, as of 2015, they hold at least $24 trillion to $36 trillion in anonymous private financial wealth, most of which belong to the top 0.1 percent of the planet’s wealthiest.

Of course, none of this offshore wealth belongs to the Rothschilds…

In 2003, the Sunday Times identified Jacob Rothschild as the secret holder of the large stake in Yukos that was previously controlled by Mikhail Khodorkovsky, the oil company's chairman.

The size of this stake? £8 billion.

In 2003, the pound dollar exchange rate was 1.63 – therefore the dollar value of the stake was around $13 billion.

In 2017, Jacob's net worth was pegged at under one billion dollars.

According to the Forbes List, the richest individual Rothschild is Benjamin de Rothschild, from the French branch of the family, with a net worth of $1.5BN.

This is despite the fact that Benjamin presides over the Edmond de Rothschild Group, which manages over $175 billion in assets. In August 2019, de Rothschild's family bought out the group's public shareholders.

But yes, of course Benjamin, supposedly the richest Rothschild, is worth 2/3 of Donald Trump.

Trump at one time owned a quarter of Atlantic City’s casino market.

However, Trump was heavily in debt, and he started missing bond payments on his — and Atlantic City’s — largest casino, the Taj Mahal, in 1990.

Wilbur Ross, then an investment banker working for…you guessed it, Rothschild Inc., helped bondholders negotiate with Trump, whose finances were unraveling. The final deal reduced Trump’s ownership stake in the Taj but left him in charge, and bondholders were unhappy when Ross presented the plan.

“Why did we make a deal with him?” one bondholder asked.

Ross insisted that Trump was worth saving.

“The Trump name is still very much an asset,” he said.

In 2017, Ross became Secretary of Commerce.

Never gets boring to look at!

is ssense.com legit for designer bags?

Never gets boring to look at!

is ssense.com legit for designer bags?