Thomas Russell ‘s name is synonymous with the Lancashire watch making industry and he is an icon for watch purists and enthusiasts around the world. But how he came to become a watchmaker and why Lancashire played such an important role in the watchmaking industry is a fascinating story.

In the 17th century farmers and agricultural workers who needed to supplement their income during the winter months undertook much of the work of watchmaking. In and around Lancashire this was particularly important and the proximity of metalworking, the availability of fine metal tools and the port of Liverpool aided the growth of the industry. By the 18th century watch parts were being sub-contracted to small farms and cottages throughout the region.

Another factor in the growth of this cottage industry were the significant lower overheads that the farmers enjoyed as part-time workers in their own homes. Elsewhere wages were the largest contributor to the total cost of watch manufacturing with the cost of raw materials, apart from gold and silver used in the making of expensive cases, relatively small.

One commentator notes that, “From Prescott to Liverpool, eight miles as the crow flies, the countryside was dotted with the cottages of spring makers, wheel cutters, chain makers, case makers, dial makers – every speciality that went into the making of a watch.” By the end of the 18th century between 150,000 and 200,000 watches a year were being produced by this system, satisfying the national need for accurate timekeeping as the industrial revolution took hold.

The Lancashire sub-contracting system allowed the production of watch movements at such low prices that by the end of the 18th century, the Lancashire manufacturers were supplying most of the great watch firms in London, Coventry and Liverpool. All that these firms needed to do was to make or source their own case and dial, and then assemble the watch.

Thomas Russell joined this hive of activity in 1848 when he moved his business as a watch manufacturer to Slater Street in Liverpool. The city was a major seafaring port and the manufacture of ships’ clocks and chronometers became an important revenue stream for the business.

Thomas Russell’s father, also named Thomas Russell (1780-1830), the founder of this watchmaking dynasty, was born in Eskdale a small village in Cumberland. He served his time in watchmaking in New St. Broughton-in-Furness Lancashire under William Bellman, he then served his journeyman time with William Wakefield in Market St Lancaster where he later started a business of his own in the same street.

He had two sons; one named Thomas was married to Mary in 1831. They also had two sons, Thomas Robert (1833-1894) born in Lancaster and Alfred Holgate Russell (1840-1893). In about 1840 the family moved to Halifax setting up a watchmaking business in Lord St. It was here that Alfred was born.

By 1848 the family had moved once more and records show that Thomas Russell was a watch manufacturer with premises at 20 or 22 Slater Street, Liverpool and later at number 32 in the same street. It was here that Thomas Russell became arguably Liverpool ‘s finest watchmaker and the business produced quality watches and clocks, including the celebrated Russell Hunter pocket watch. Thomas Senior and his oldest son Thomas Robert were granted a Royal Warrant by Queen Victoria indicating their rapid progress in watch manufacturing.

Around 1859, Thomas handed over control of the business to his sons Thomas Robert and Alfred Holgate and the company changed its name to Thomas Russell & Son. Following Thomas Russell’s death in 1867 the business was divided into two; the trade side continued under the same name and was run by Alfred and Thomas ran Russells Limited. The retail business became importers of Swiss watches and music boxes.

By 1877 the company had moved the business once more, this time to Cathedral Works, 12 Church Street, Liverpool, with additional offices at Piccadilly in London and Toronto, Canada. It was now known as the Russell Watch and Chronometer Manufactory and was listed in 1880 as “watch and chronometer manufacturers and machine made keyless lever and jewellery merchants” and additionally, “by Appointment to Her Majesty the Queen and HRM the Duke of Edinburgh and the Admiralty”.

After Queen Victoria’s death, Thomas Russell still signed their watches “Makers to Queen Victoria” even though officially the warrant had ceased with the Queens death. This was tolerated for a time before they removed this from their watches.

Following the deaths of Thomas Robert and Alfred Holgate, Alfred’s son Bernard Holgate Russell and his cousin Thos Townsend Russell took over the company and the name of the business was changed in 1894 to Russells Limited. From this date it appears that they continued as retail jewellers with several branches in Liverpool and, by the early 1900’s, Manchester and Llandudno as well.

Bernard married and had a son Thomas Graham (1906-1999). In 1915 Bernard and Thos Townsend Russell invited Joseph Wright to become a fellow director of Thos Russell & Son. Joseph had extensive trade knowledge, travelled extensively and had business contacts in Switzerland and working experience with the famous American Illinois Watch Case Co.

The sons of these directors all seemed to have worked in and run the business in later years. During WW2 Joseph Wright kept the firm going despite wartime shortages of materials and men until the sons returned from the war. In about 1994 both the retail Liverpool Russells Ltd and the workshops and offices at 12 Church Street closed their doors for the last time.

C Ward (Christopher Ward), who grew up in Liverpool, was inspired to create his C1 Russell watch by the designs of 19th century watch maker Thomas Russell. Christopher bought a Liverpool watch with his first pay packet. Later, while training with Woody Lam, the first watch he restored was a Thomas Russell Hunter pocket watch and this became the inspiration for the C1 Russell. The current range of Christopher Ward watches, including the C1 Russell and other mens watches are becoming collectors items in their own right. 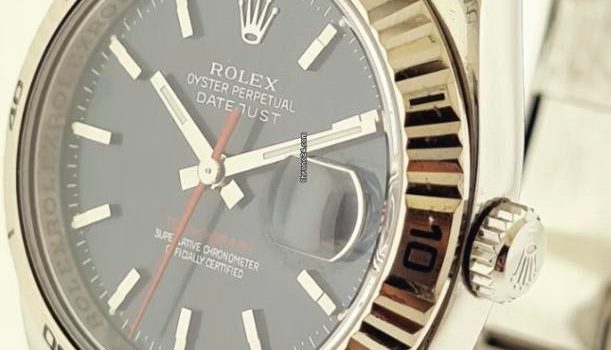