The Samuel Wadsworth Russell House in Middletown, Connecticut was one of the first mansions built in the form of a Greek Temple that was pivotal in launching the Greek Revival style that profoundly influenced American architecture in the mid 19th Century. It was built between 1828 and 1830 by a man who became fabulously wealthy in the China Trade and wanted to build a monument to his success.

It was the first luxury home in America executed on a massive scale using correct Greek Temple proportions with six Corinthian columns across the facade. Over the course of the next forty years, it would be widely replicated and spread throughout New England, the Midwest and come to define the antebellum South.

The Samuel Wadsworth Russell House represents a major turning point in American architecture in several important ways. Never before in America had the design of a single house been so widely publicized in the journals of the day and as a result, had such an influence on residential architecture. It was also a major catalyst in the emergence of the professional architect in America as a distinct occupation from the conventions of the day where the master craftsman was also the designer and builder.

Samuel Russell was born in Middletown, Connecticut in 1789 to a colonial family with a long history of learned ancestors. He was orphaned at 12 however, received no college education or inheritance, and served an early apprentice as a clerk in a maritime company in Middletown, Connecticut where he learned trading. After finishing his apprenticeship he began traveling on ships as supercargo who was the person employed on board a vessel by the owner of cargo carried on the ship.

Russell arrived in Canton in 1819 at 29 years of age. By 1824 he was the founder of Russell & Company specializing in fine silks, teas, porcelain – and the profitable opium trade.

China produced much that the rest of the world wanted in terms of trade items, but most western trade items had little market in China. Traditional Confucian values did not hold merchants in high regard, and unlike other trading nations, trade with China was highly restricted and done on the basis of acknowledgement of the supremacy of the Chinese Imperial Throne as the Son of Heaven.

To 19th Century China, trade was conducted more on the basis of tribute to the throne rather than free trade – and only silver or gold was accepted for payment. Opium was the one trade item where western traders could maintain a balance of payments because the west produced little else that had a market in China.

Before the Opium Wars forced China to open its ports, Canton was one of the few ports that China allowed to trade with the west in its attempts to isolate what it felt was the corrupting influence of foreign traders on the Chinese populace. Although opium was illegal in China, and the trafficking to China from the west largely controlled by the British when they acquired Bengal, Russell challenged their dominance of the far east trade by smuggling Turkish opium which had been brought across the Atlantic and Pacific.

He was clearly in the majority of foreign traders of his day who saw nothing wrong with the ethics of the opium trade, as there was only one foreign trading firm in Canton at the time that refused to partake in the trade on moral grounds. Russell & Company eventually became the largest and most profitable American trading house in China until the end of the 19th Century.

While Russell was in China, America was finding a new esthetic based upon classical Greek elements. This is evidenced by the number of towns being founded in America in the early 19th century with Greek names, and a generation of children named after heroes in Greek legends.

Russell commissioned Ithiel Town who was has been described as the “Father of the Greek Revival” to design his “Urban Villa.” When the house was built in 1828, Russell was in China and had his friend Samuel Hubbard work with his wife, Mary Cotton Osborne supervising the building of the house.

Upon his return from Canton in the summer of 1831 Russell first laid eyes on his new home from the deck of a sloop on the Connecticut River. Yet even before he had seen it, the house had already been widely publicized to the American public from the engraving in Hinton’s “Topography of the United States” in January 1831, and later in the 1835 edition of Minard Lafever’s “The Beauties of Modern Architecture”.

While in China, his wife Mary with whom he had had two sons died. The children were in the care of Mary’s sister, Frances. When Samuel returned in 1831 he married Frances and they had one son, Samuel Wadsworth Russell, from which the house gets its middle name as Samuel senior had none.

Between 1831 and 1836 Russell oversaw the completion of his new house furnishing it with wonderful treasures from the east and withdrew from the active management of Russell & Company in 1836. At the time, the Russell estate occupied the entire block bordered by High, Court, Pearl and Washington Streets. Russell planted the extensive grounds sloping down to Pearl Street with formal gardens which included plants he imported from England and had brought back with him from China.

He reinvesting his huge profits from the China trade in a number of successful American businesses including banking, industry and Western railroad stock that allowed him to live a very prosperous life until his death in 1862.

The house was widely imitated across the country and inspired other Greek Revival homes in Middletown’s wealthy High Street that Charles Dickens is said to have called the most beautiful street in America. The house remained in the Russell family for five generations until it was finally deeded to Wesleyan University by Thomas Macdonough Russell, Jr in 1937.

Currently the house is a facility of the Philosophy Department of the University and has been home to authors, poets and scholars. During the summer, it’s used for special events, weddings and gatherings.

The Samuel Wadsworth Russell House is frequently cited as the premier example of Greek Revival Architecture in America. In 1970 it was listed on the National Register of Historic Places and was declared a National Historic Landmark in 2001. Located at 350 High Street Middletown, Connecticut on the southeast corner of High and Washington Streets, The Samuel Wadsworth Russell House is one of America’s most important historic homes. 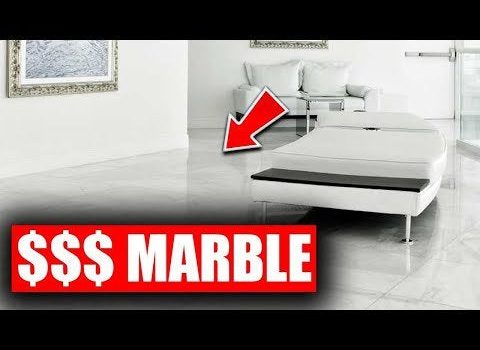