Details: Brutus Julius Caesar Roman Assassin 44BC Ancient Greek GOLD Coin NGC MS i66630
i66630
Authentic Ancient Coin of:
Marcus Junius Brutus, Assassin of Julius Caesar
Gold Propaganda Coin with Obverse of his silver Coin from 54 B.C.
with his famous ancestor L. Brutus
Struck under:
Dynast of Thrace: Koson
Gold Stater 20mm (8.47 grams) Struck After 44 B.C.
Reference: RPC 1701 BMC Thrace pg. 208, 2 BMCRR II pg. 474, 48
Certification: NGC Ancients Ch MS Strike: 5/5 Surface: 5/5 4241431-004
KO, Roman consul accompanied by two lictors BR monogram to left
Eagle standing left on sceptre, holding wreath.
Koson: Golden Ally of Brutus
Marcus Junius Brutus and C. Cassius Longinus left for Greece in August of 44 BC, having failed to win popular support at Rome following the assassination of Caesar. In the next two years the tyrannicides collected an immense war chest as they assembled their forces for the contest against Antony and Octavian. The historian Appian (Bell. Civ. IV. 75) tells us that L. Brutus struck from the treasures consigned to him by Polemocratia, the widow of the Thracian dynast Sadalas. Although the identity of the Koson named on the coins remains uncertain, the coinage in his name must be the coinage of L. Brutus described by Appian. The obverse depicts the great consul L. Junius Brutus, who expelled the Tarquins from Rome in 509 BC, accompanied by two lictors bearing axes. The design is copied from the denarius issued by M. Junius Brutus when he was a moneyer in 54 BC (Crawford 433/1). The reverse, an eagle standing on a sceptre and holding a victory wreath, was evidently a standard type at Rome and occurs on the coinage of Q. Pomponius Rufus (Crawford 398/1). The monogram is to be read as BR or LBR (Brutus or L. Brutus). The designs express Brutus’ propaganda in the civil war perfectly: the obverse represents the historic fight against tyranny, and th 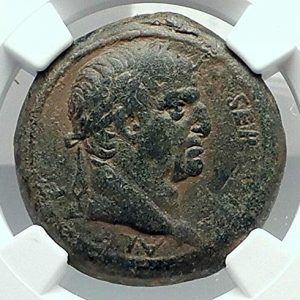 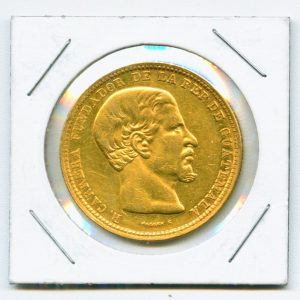