The World’s Most Expensive Men’s Watches For someone in the market for a very expensive watch, they might be inclined to look global for the one of a kind gem that they might be searching for. Many people get tired of looking locally for the watch they want and they turn to a broader retail spectrum. Expensive watches can run up to a million dollars and can come with only the most delectable features that a wrist watch could have.

There are extremely expensive watches that have been plucked from all over the world and gathered here. Read on their information, quality and features. These watches are the most expensive ones in the world.

The first one to mention is called; Joaillene 101 Manchette. It is an unsystematic series of polished gems set in links. It hides the exalted Calibre 101. This wristwatch has 576 diamonds in cased in and around it. It is 18 carat white gold and versions with onyx have 400 diamonds and 11 onyx cab ochons. This watch looks absolutely stunning and it is so rare that a price for it could not even be found.

Vacheron Costantin’s Tour de I’lle is another watch worth noting. It was made in 2005 and is the most complicated double face watch ever made. It is a limited edition of seven made and it contains 834 parts. This watch has 18 carat silver gold dial and a hand sewn alligator leather band with a pink gold buckle. This wristwatch also contains norological and astronomical indications that include 16 points and they are the; minute repeater, sunset time, perpetual calendar, second time zone, and tourbillion device.

The Big Bang Chronograph was made by Hublot and was developed as an elite watch like no other. It contains an invisible setting that has material almost see through to look at. Diamonds are everywhere and sparkle in every angle. This single watch cost’s one million dollars.

The Classical Billionaire Tourbillion is a priceless watch that contains 850 diamonds and a skeleton dial, skeleton hour and minute hands. It is manually wound up and has a 90 hour power reserve and features Caliver CO-372. Only ten pieces have been made, making it a rich deal.

For anyone looking for a really cool watch that will let you carry around a piece of history look no further than this one. It is called the Titanic. This watch was manufactured by a Swiss jeweller and made from the hull of the Titanic ship. The metal in the watch is a mix of the shipbuilding steel and it is used to make the casing. The black dials were made by fusing the recovered coal that had been burned in the Titanic’s furnaces with ceramics.

The last watch to mention is called the Breguet Double Tourbillion produced by Breguet. This watch is hand engraved with an image of the solar system on the face. It is 95% pure platinum case with blue steel and Breguet hands. The hands do not contain any springs and are manually wound up.

With watches like this to chose from, your selection process might be a tricky one. Each watch contains something so different from the other and each one is breathtaking. The care and time that went into designing and hand making these watches is almost worth the money that it costs to buy one.

Take A Look Inside The Life Of Europe’s Richest Man! 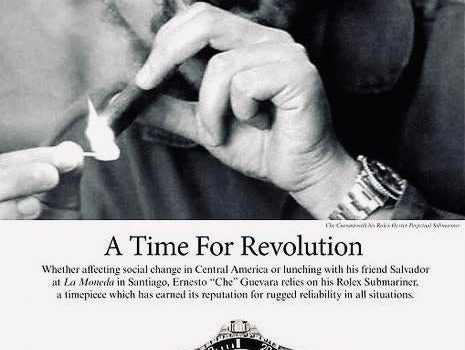 Which Rolex model are you on the list for at

Take A Look Inside The Life Of Europe’s Richest Man!

Which Rolex model are you on the list for at