Why Day Trading is a Myth 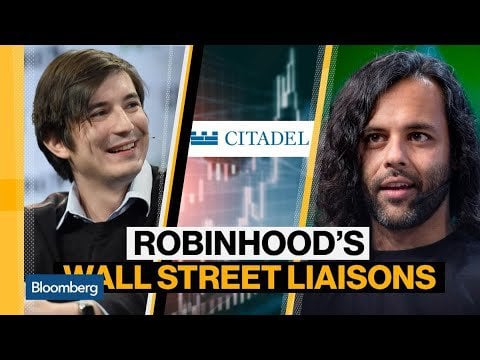 And no, not the legendary outlaw who robbed the rich to give to the poor.

Robinhood made around $100 million from selling its customer order flow in the first quarter of this year.

This means that Robinhood is selling retail order flow to hedge funds, who can then use high frequency trading algorithms to front run the trades.

Citadel, a hedge fund which manages a cool $32 billion, paid Robinhood almost $50 million in Q1 2020 just for its order flow.

So basically, Citadel takes free money via the New York Fed's overnight Repos, places huge leverage bets (which may or may not blow up – who cares anyway!), but gets to buy order flow from Robinhood to front run retail, then the US Treasury issues checks to retail, who buy stocks via Robinhood, and the circle of 'capitalism' is complete.

This is why Ken Griffin can buy $238 million condos. Citadel know who is leveraged, they know where all the stops are and they trade against everybody. And of course the SEC is bought and paid for.

After making good money owning stocks in the roaring bull market of the 1920s, Joseph Kennedy Sr. found himself needing to get his shoes polished.

While sitting in the chair, Kennedy Sr. was shocked to have the shoeshine boy gift him with several tips on which stocks he should own.

Kennedy Sr. quickly went back to his office and started unloading his stock portfolio.

In fact, he didn't just get out of the market – he aggressively shorted it – and got filthy rich during the epic crash that followed.

Fast forward to today, and we have the Buy High Sell Low Kings, CNBC's Fast Money, talking about the Rise of the Day Trader.

We have a record number of Wall Street professionals saying the S&P is overvalued.

We have Jerome trying his best to keep the market propped up.

We have Hertz pumping nearly 1000% after filing for bankruptcy.

We are clearly at the death throes of the market cycle.

Let me tell you the fascinating story of Ke Xu, a Chinese quant.

Xu studied maths at Cambridge, by the way one of the most competitive courses in the world, and graduated third in a class of 250.

He then worked at Goldman Sachs, got bored and in 2012 joined the relatively secretive quant hedge fund G-Research.

He spent his days writing code in G-Research's “secure zone”, which could be entered only through a special pod with a biometric finger scanner and a weight sensor designed to detect unauthorised equipment entering or leaving the area.

Xu's first bonus at G Research, awarded only a few months after joining, shattered any illusions that he had joined the hedge fund elite.

He wrote in an online message to his girlfriend, who was working as a corporate lawyer in Hong Kong:

“Bonus only 3k, Fuck me, why? Only December, but it is still crap, crap crap, crap. It should be more.”

So Xu stepped his game up – he came up with 20 trading strategies – “signals” in quantspeak – and tested each in numerous simulations.

Seven proved profitable enough to adopted by fund and put to work in real markets.

So at the start of 2014, Xu was feeling confident about his second-year bonus.

Instead, he was awarded a bonus of £400K and, although this was a huge amount for a young man from provincial China, it was far less than he was expecting – so he began planning his exit.

It was around this time that Xu began covertly accessing his colleagues' signals.

After all, he would have a better chance of getting a good job elsewhere if he had ready-to-use signals to offer potential employers.

He landed two offers in Asia, but told his managers at G-Research nothing about his plans.

One evening, Xu cleared out his desk and placed a resignation letter on his manager's desk, and boarded a flight to Hong Kong.

The next morning security personnel at G-Research reviewed video footage of his activities the night before, leading the company's attorneys to get an emergency court order.

To cut a long story short, G-Research then got the prestigious law firm Allen & Overy on the case, got a travel ban against Xu, who was reported to police in London, then arrested in Hong Kong in August 2014, extradited to the UK in December 2014, then sentenced in July 2015 to four years in prison.

But that's not all: G-Research then used an ancient quirk of the British legal system called a private prosecution to find out who's seen the 55 stolen signals.

This allows the purported victim of a crime, if they are rich of course, to prosecute the perpetrator if the state fails to do so.

Although G-Research were paying their bills, the lawyers spoke to the jury per the norms of private prosecutions, as representatives of the Crown – the British Government.

In January 2017, jurors founds Xu guilty of two of the five charged in the private prosecution, and the judge sentenced him to an additional 18 months.

So the top hedge funds secure their IP like a military facility, have an informational advantage, have the world's best lawyers at their beck and call, have the Fed on their side if things go wrong, and normies think they can match this and be day traders?!

Yes, of course people like this dude regularly beat the hedge funds and make a profit every day!

The vast majority of online courses are scams.

Every dollar you save and invest is a soldier working for you.

Don't supply these scammers with ammunition to increase their ad spend and fleece more people.

These hedge funds have intellectual capital and infrastructure you can only dream of.

Don't take on more risk than you can handle, and don't amble, 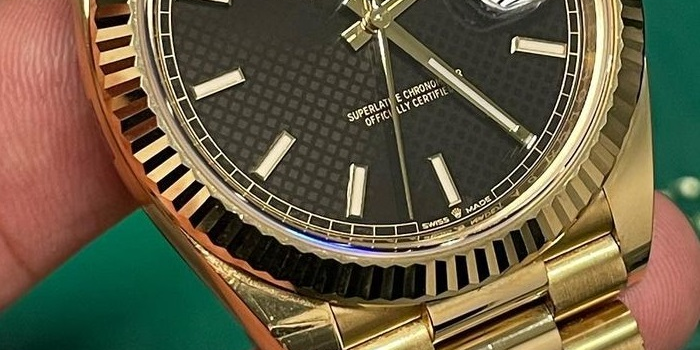 Madonna Lists Home She Bought From The Weeknd For $26